Submit Your Own Story Here! 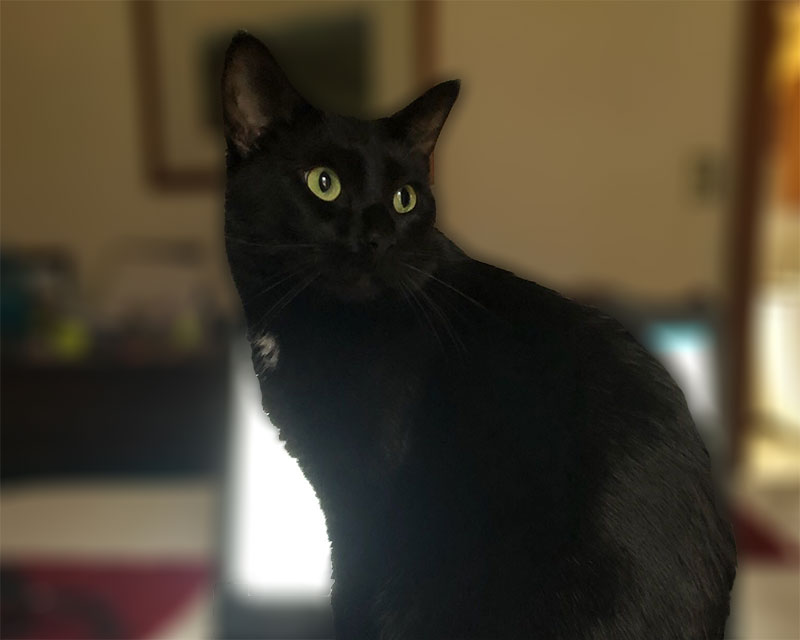 Miss Pie is a 2-year-old domestic short hair that was brought to the animal hospital for euthanasia for being too aggressive. When our assistants went into the room to assess the situation, they found that Miss Pie was super friendly and just wanted to rub on you and purr. We could see no reason to proceed with the Euthanasia. Our team spoke with the woman who brought in Miss Pie and they came to an agreement that she could live at the hospital with the Lake Villa’s Lost Angels Rescue. When we would take Miss Pie out of her condo in the morning one of our Client Care Representatives Kaylee quickly fell in love with her personality and demeanor. She called up her aunt who is also a part-time veterinarian at the Wales Animal Clinic in Wauwatosa Wisconsin and told her the situation. Her aunt recently lost her cat Noah a few months earlier, who she rescued from Hurricane Katrina, and was looking around for a new best friend. Dr. McCarthy came in and fell in love with Miss Pie just as everyone else at the clinic did! She quickly adopted her and is now the queen of the house being the only cat! Miss Pie was only at our rescue for 20 days! 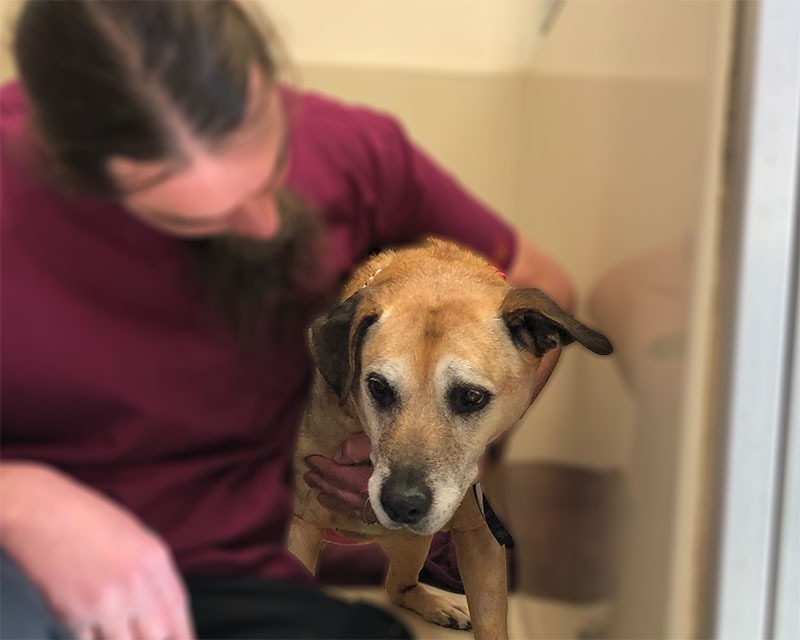 On April 2nd, unfortunately, my dog was attacked by another dog. It really looked grim as she was mauled. The staff at AHLV were fabulous. They showed genuine concern & compassion when Kaia would come for appointments. 2 surgeries, and approximately 10 follow up appointments later, the staff greeted her by name even those not involved with her case. The treatment plan changed due to her great reaction to the original treatment which was great. I would consider them very professional and I would definitely recommend them. (Kaia has a new BF, Matt). Dr. Ed was great overseeing the case and Matt is The Man! 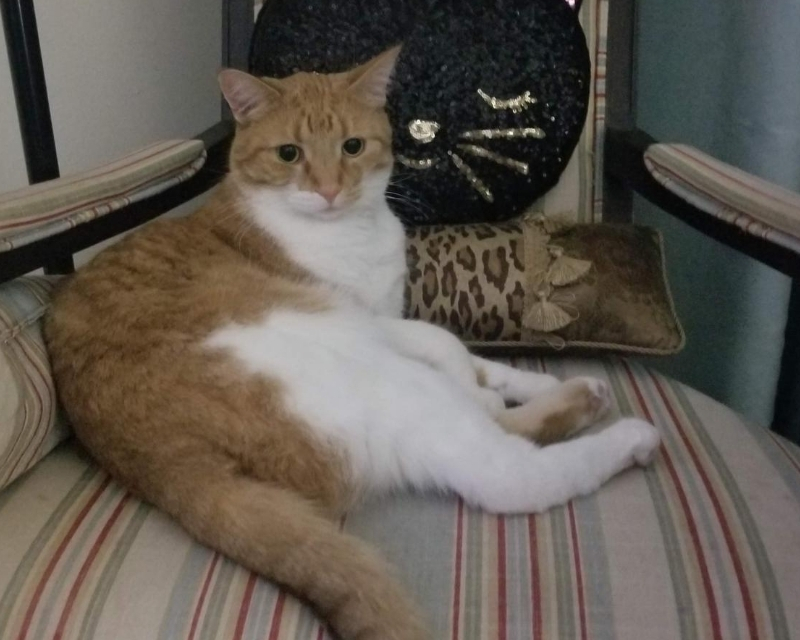 “Mr. Pamuk is always a difficult patient, and he does not like going to the vet. With COVID-19, we weren’t able to be inside the treatment center with him, so we were also not looking forward to our visit. We handed Mr. Pamuk off at the door and he was taken in for his yearly check-up. He was in and out within 20 minutes and was a happy camper. We are always so thankful to the staff who are always doing their best to make our little guy the most comfortable and happy. In the past, they have had on calming music, laid pheromones, and always approach gently and calmly to ensure Mr. Pamuk is comfortable and as happy as he can be at the vet. We continuously recommend AHLV to all our friends and family.“ 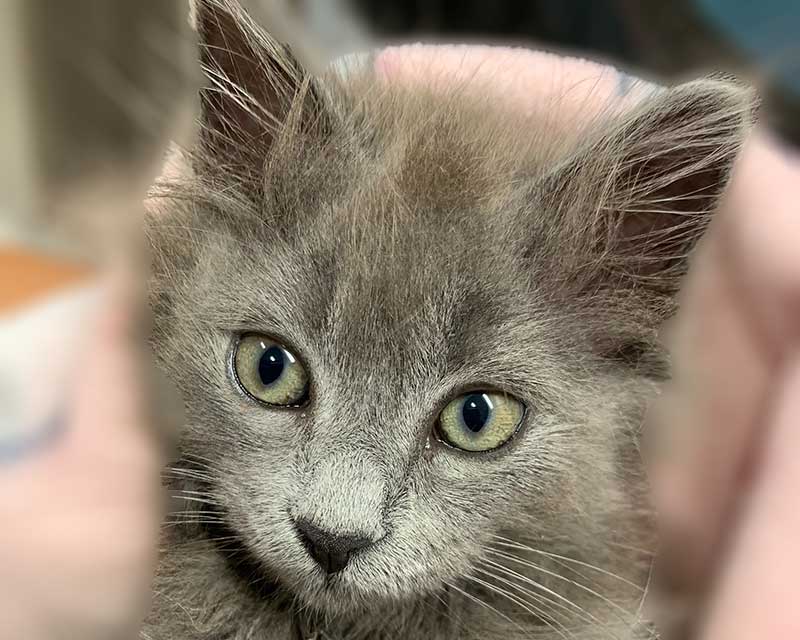 “I was found under a porch and labeled a feral kitten. I’m not sure when my mom abandoned me but the lady that found me didn’t believe in catching and releasing cats so she called Animal Hospital of Lake Villa to see if they would euthanize me. She didn’t think that anyone would adopt me since I wouldn’t even let anyone touch me. As soon as anyone came near, I’d start hissing away. I’m so glad she called the nice folks at Animal Hospital of Lake Villa because they told her they would try some other options first. It took two days of eating food before I began to kind of trust the people there. I was just so scared, I had no idea what was going on. They had put a little box for me to hide in and feel safe which helped but if any hands got close to my box, I was ready to pounce and bite. Whenever they’d bring me food, I’d just hiss at them until they left. After a few days, I let one or two of them pick me up but I still wasn’t liking it too much. I was just so scared! One day, one of the team members wrapped me up like a little burrito and that helped me feel better. Then they took turns cuddling me for hours out of the day before I realized that they weren’t scary people. I mean, they were feeding me every day after all. It took about a week of cuddling before I felt totally comfortable. My throat even started doing this vibrating, purring thing that hadn’t happened since my Momma was around. One weekend, my friend Jordyn took me home to take care of me. I had so much fun running around and playing. I made even more friends there! Now, I’ve even heard them say that that’s my forever home! I get a whole new family that loves me even more than the folks at Animal Hospital of Lake Villa. I sure am glad they gave me a chance!”

Call or email us today to schedule an appointment for your furry friend! Our client care reps are happy to assist you!